We are pleased to announce that Champions of Hope Presented by the Family of Susan Fischer, promoting cancer awareness, will be an in-person event on October 16 at an exciting new venue. Champions is taking historic downtown Dothan by storm with revamped 5K, 10K and Spirit Walk routes that start and end at The Plant. The Plant is located on North Saint Andrews Street in the former Coca-Cola Bottling Company building.

The event doesn’t end when you cross the finish line, it’s just beginning. A post-race tailgate celebration will include food, fun and college football live on the big screen. This year for the first time ever, Champions after dark will feature a Hope Rocks Concert at The Plant.

We mean serious business with the move downtown as we introduce Shop for Hope, giving you the chance to support local downtown merchants and Champions.

Due to your generosity, we have been able to fund:

Join us for a day full of community fun as we continue to raise funds for cancer services in the Wiregrass! 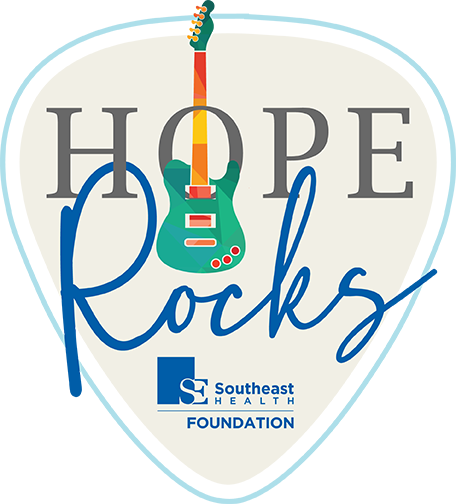 Tickets can be purchased at EventBrite

What is Shop for Hope?

On October 1st community members can purchase their Shop for Hope canvas tote from the Southeast Health Foundation for $5.00. Shop for Hope tote bags will also be available for purchase at Champions of Hope on Saturday, October 16th.

Visit participating downtown Dothan retailers during the campaign with your tote and enjoy special discounts and give-a-ways. 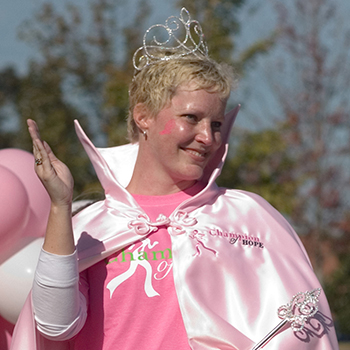 It Was Once A Dream

The History of Champions of Hope

In Spring 2008, while visiting with close friends, Sandi McCool – a nurse, wife, and friend fighting breast cancer – shared her dream of one day participating in a local event that would honor and encourage breast cancer survivors. That dream became a reality on October 25, 2008, when more than 500 participants gathered on the campus of the Southeast Alabama Medical Center (Southeast Health Medical Center) to embrace the fighting spirit of those who have battled or are battling breast cancer.

On November 23, 2011, Sandi lost her seven-year battle with breast cancer. Sandi will always remain the inspiration and driving force behind Champions of Hope. In 2012, as a tribute to her legacy, the event was named The Sandi McCool Champions of Hope. Since its inaugural year (2008) Sandi’s vision continues to grow and to date Champions of Hope has raised more than one million dollars in support of breast cancer awareness, early detection and intervention services.

In 2018, as a further tribute to Sandi’s legacy, the Southeast Health Foundation Board of Trustees expanded the scope of cancer services that the event funds would support. On October 20, 2018, the Wiregrass community rallied to support the first Champions of Hope to celebrate all cancer survivors and previvors affected in the region.

Champions of Hope 2020 continued to expand on Sandi’s vision as it evolves its commitment to all in our community impacted by a cancer diagnosis. The event returned to its original name, Champions of Hope and also recognized our first Sandi Thurman McCool Champion of Spirit award recipient. Each year this award will recognize our largest individual fundraiser, someone that is committed to Sandi’s passion that cancer care needs a community and is easier at home.

Thank you to our event sponsors